News broadcaster Euronews Group has teamed up with IN Media group to launch Euronews Albania, a TV and digital media offering targeted at residents of Albania as well as Albanian speakers in Kosovo, Macedonia and Montenegro. 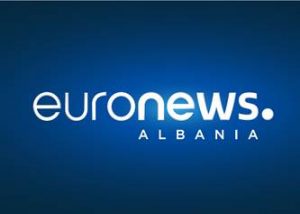 The launch marks the first time that Euronews Group has created a Euronews franchise.

Euronews is contributing its expertise to Euronews Albania, including what it described as its multicultural, ‘all views’ perspective and its international coverage. The news broadcasters will be able to use regional coverage from Euronews Albania on all of its platforms as part of the reciprocal agreement with IN Media, which operates IN TV, Albania’s only youth channel, and IN Radio 105.7.

Michael Peters, Euronews CEO, said: “We are thrilled to partner with IN Media group on this important new venture for Euronews. It is the first time we are creating a Euronews franchise. It is a testament to the strength of Euronews which has known important positive changes in the last few years, as we continue to grow as an international media while staying relevant to local audiences. These new franchise agreements contribute to our strong strategic ambition to position Euronews as the number one ‘glocal media’ in Europe and in the world.”

Theodhori Cami, IN Media Group chairman said: “After a long path of negotiations, willingness and determination, we are truly proud to announce today the new partnership with the number one European news channel, Euronews. The credit for the launch of Euronews Albania goes not only to IN Media Group, but also to every Albanian who will be part of an entirely new project based on expertise and worldwide credibility. This will offer a unique media standard, like no other in the region.”