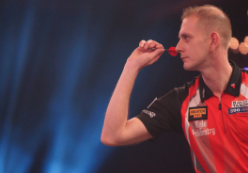 Discovery-owned sports network Eurosport has struck a multi-market deal to exclusively screen major tournaments in the British Darts Organisation (BDO) calendar for the next three years.

Starting from January, viewers in the UK, Netherlands and Australia will be able to watch the three highest-profile tournaments in the BDO calendar – the World Professional Darts Championships in January, this summer’s World Darts Trophy and the BDO World Masters in September – exclusively live on Eurosport.

Discovery-owned free-to-air channel Quest TV will share rights to each tournament with Eurosport in the United Kingdom.

Emir Osmanbegovic, Eurosport SVP sports content and production, said: “We’re delighted to secure world-class action for these three darts-crazy markets. Darts offers unscripted drama and an incredible spectacle. We are looking forward to bringing this theatre to millions of darts fans in the UK, Netherlands and Australia.”

Des Jacklin, chairman of the BDO, said: “Eurosport have for many years been a great broadcast partner and supporter of the BDO. It is fantastic to see them get the opportunity to show the BDO World Professional Darts Championships in the UK for the first time and to give us a nine event three-year commitment for the UK, Netherlands and Australia. The live terrestrial coverage on Quest continues the tradition of the BDO World Professional Darts Championships having been broadcast on a terrestrial channel for 41 years”.