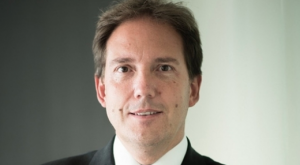 Orange has estimated that it has captured 30% of Vodafone España customers who moved to other providers following the latter’s decision to forego key Spanish football rights, leaving the way open for Telefónica and Orange to target customers interested in premium sports.

Speaking to analysts after the telecom giant reported solid Q3 results, deputy CEO Laurent Paillassot said that Orange had taken about 30% of the Vodafone customers that moved to alternative providers in the six weeks from mid-August to September.

Paillassot said that Orange had adopted an aggressive promotional strategy in the highly competitive Spanish market, which had an impact on the bottom line. However, he said that Orange was now competing on a more equal basis with Telefónica for high-end customers, with a football offering and a service that surpassed Vodafone’s, and that he did not expect aggressive discounting to be necessary going forwards.

Orange added around 46,000 customers in Spain in the quarter, compared with a loss of 3,000 in the second quarter.

Analysts at Jefferies noted that Orange management believed Vodafone lost around one third of its football-watching TV base in the quarter and said there was “some concern” that Vodafone could now respond by aggressively targeting low-end customers.

Paillassot meanwhile also said that TV was helping Orange in France, where it recently launched a new high-end set-top box.