The long-delayed digital switchover in South Africa will now take place by July 2020 at the latest following the implementation of a “revised delivery model”, according to communications minister Nomvula Mokonyane. 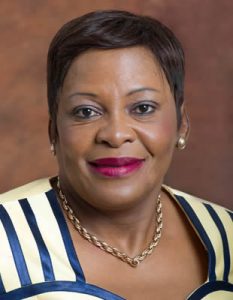 Speaking at a media briefing on DSO alongside Free State premier Sis Ntombela, Mokonyane said that the government was committed to getting the project “back on track” following years of delays and infighting over the technology to be deployed in set-top boxes.

The Free State will become the first of South Africa’s states to switch off analogue transmissions, with the project scheduled to be complete by the end of this year, followed by the Northern Cape in March.

Mokonyane said that the original model adopted by the country was “expensive by any country’s standard” and “cumbersome, with multiple risks carried by the government”. She said that the technological landscape had changed in the 11 years since the project was initiated and that revising this model was “inevitable”, despite local opposition.

Mokonyane’s speech followed a decision two weeks ago to cease purchasing set-tops for the migration project in favour of a market-driven approach. The government will now no longer be involved in procurement and distribution of boxes. The original policy had been established with the goal of ensuring that poorer South Africans were not excluded, but escalating costs and corruption scandals have bedeviled the implementation of the plan.

Mokonyane said that far from penalising South African box makers, the new model would “allow more participation by all the industry players instead of the selected few participating through the government procurement system”.

Poorer South Africans will now be issued with a voucher that they can exchange for boxes of their choice. Mokonyane said that “the price of the appliances will be affordable as the various retailers will compete on the basis of the price instead of the one set by government”.

She said that the government would “move swiftly” to clear the stock of set-tops already procured in the Free State and Northern Cape based on the existing subsidy model, giving the government some time to prepare for the implementation of its new market-driven strategy. Mokonyane said there were currently over 390,000 boxes sitting in warehouses ready to be distributed.

The ITU deadline for switchover in South Africa passed in June 2015, with other countries in the telecommunication body’s Region 1 such as Zambia, Kenya, Malawi and Rwanda now having completed the process.