Futuresource: 4K UHD to move into the mainstream this year

Almost 50% of all TVs shipped worldwide this year will be 4K capable, marking 2018 as the year that ultra HD “moves mainstream,” according to Futuresource Consulting. 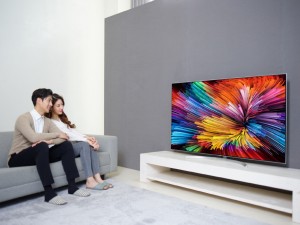 The research firm said that the amount of 4K UHD content available to consumers has “grown significantly” over the first half of 2018, with broadcast content supplemented by a range of international sporting events.

Up to 30 4K UHD Blu-ray discs are also being released every month. However, consumer uptake of 4K UHD Blu-ray players is slow, despite player prices starting to drop into “the sweet spot”.

“As with HD before it, 4K UHD is being driven by TV display purchases. It’s a thriving segment, and by 2022 the installed base of 4K UHD TVs will be three times larger than today, achieving 37% global household penetration,” said Tristan Veale, market analyst at Futuresource Consulting.

“February’s Winter Olympics in South Korea was broadcast in 4K UHD, thanks to the efforts of the Olympic Broadcasting Services and Japanese broadcaster NHK. Over in Russia, all FIFA World Cup games were also shot in 4K UHD, delivered via satellite, cable, IP and OTT. These two sporting events proved to be ideal test beds for broadcasting the format and demonstrating its benefits.”