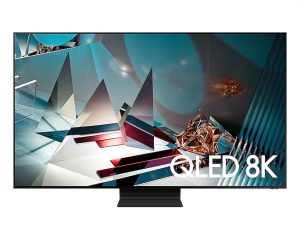 Time spent on gaming on Samsung TVs in the UK rose by 15% between January last year and June 2021, according to the consumer electronics giant.

According to a report from Samsung Ads Europe, Behind the Screens: Gaming on Samsung TVs in 2021, there was also a 28% increase in the number of Samsung TVs with active monthly gaming activity in the UK between January and June 2021, equating to 58.81 million hours spent a month gaming on these devices.

UK gamers on Samsung TVs spend a lot of their TV time in streaming environments, with this cohort spending 28% more time streaming compared to all Samsung TVs in the UK.

These gamers also spend 80% of their total TV time either gaming or in streaming environments, according to the report.

Samsung also found that while the majority of gaming hours are spent by users on older generation consoles, UK Samsung TV users that are connected to a new console, like the Playstation 5 and Xbox Series X spend more time gaming, averaing three hours and 24 minutes gaming each day between January and June 2021.

UK gamers also spent the most time gaming on Samsung TVs compared to their European counterparts in Italy, France, Germany and Spain, with an average daily gaming time of one hour and 24 minutes. Samsung Ads saw the biggest spike in activity for UK gamers in April 2020 during the first national lockdown reaching two hours 30 minutes on average per day, and again in January 2021 with two hours 9 minutes per day on average.

Alex Hole, Vice President of Samsung Ads Europe, said: “We’ve seen substantial growth in time spent gaming on our TVs across the UK during the last 18 months, reflecting the growing popularity and accelerated rise of gaming globally. What’s interesting to note is the strong overlap between dedicated gamers and heavy streamers on our Samsung TVs, creating pockets of opportunities for advertisers. Advertisers seeking to reach audiences in today’s fragmented TV landscape will benefit from carefully balancing their media plans across both linear and streaming.”