RTL Deutschland has claimed a victory in its battle against Spanish hotel chain NH for the illegal use of its broadcast signal in hotel rooms in the country. 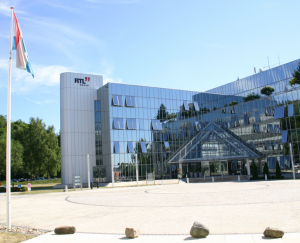 Following a year-long legal battle between the pair, the court of appeals in Alicante has ruled that the use of the TV channels in hotel rooms without consent is illegal. The court required the hotel chain, one of the largest in Spain, to cease the practice and pay damages.

RTL International, a Mediengruppe RTL Deutschland subsidiary, is responsible for licensing the free TV stations of the media group and of other TV stations to platforms as well as to hotels and cruise ships.

RTL International said that the court ruling had specified differences in the case from a recent European Court of Justice case. The Spanish court ruled that the use of TV in hotel rooms constitutes retransmission and is thus subject to approval, as would be case of TV usage by a cable network operator.

A previous case taken by Austrian copyright collecting society Rundfunk against the Hetteger Hotel Edelweiss had seen the ECJ rule that the exclusive right or broadcasters does not cover communication of TV services to the public in hotel rooms where an entrance fee is not applied.

“We expressly welcome this definitive ruling by the appeals court in Alicante. It finally makes it clear that hotels are not at liberty to use even free-TV signals received from TV broadcasters in their rooms”, said Stefan Sporn, SVP, international distribution of RTL International.

“It is important to understand that the Spanish decision and the decision by the European Court of Justice in ‘Hettegger/Edelweiss’ are not contradictory. In a preliminary ruling, the ECJ was only called upon to decide the question of whether there was a ‘communication to the public against payment of an entrance fee’. It made no determination as to whether it in fact does constitute a ‘retransmission’ subject to approval, as the appeals court has now done.”