Irdeto: P2P still ‘the major source’ of piracy, despite rise of streaming 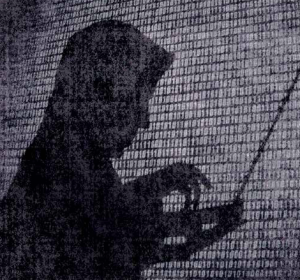 Peer-to-peer piracy continues to be the major way that consumers gain access to pirated content, despite the well-documented rise of illicit streaming services, according to data compiled by content security outfit Irdeto.

According to Irdeto, growth in web video piracy is only adding to the global movie and TV piracy problem, rather than replacing P2P piracy.

While ‘casual pirates’ who use both legitimate and illegal sources of content are increasingly turning to streaming sites, most ‘committed pirates’ continue to favour peer-to-peer distribution, according to the technology outfit.

According to Irdeto, P2P accounted for 70% of global activity for web video and P2P platforms combined last year, with an average of 800 million global monthly downloads from P2P sites.

Irdeto found that P2P activity in the most prominent high-piracy countries, including Russia, India, Brazil, the Netherlands and the US, is either level or increasing. The research also found that web video sites were sourcing 28% of their high-quality video content from P2P sites before delivering them to end consumers via streaming.

Among reasons for a continued preference for P2P over streaming is insufficient or patchy broadband bandwidth in a number of countries. An early ‘piracy culture’ is also an important determinant, contributing to very high levels of ongoing P2P use compared with streaming in Russia, for example.

Demand for high-quality video was a key motivator, with Blu-ray files accounting for 383 million downloads by Russian users, 180 million by US users and 184 million by Brazilian users last year.

Early digital releases in markets where VOD has overtaken cinema as the primary means to view movies early – such as Korea and China – are a major source of piracy, the report found.

“While many expect P2P piracy to be taken over by streaming and direct downloads, it’s clear that this has not happened yet. P2P piracy is still a big threat to the industry, in which the overall piracy problem is growing,” said Peter Cossack, vice-president, cybersecurity services, Irdeto.

“While the increase in bandwidth and social media has facilitated growth in content redistribution piracy, particularly around live sporting events, it is clear that other forms of piracy are not going away any time soon. This must be considered by content owners and rights holders in their security strategies.”