TV technology outfit Netgem saw revenues slide by a dramatic 30% in the first half thanks to a “much more pronounced than expected” slowdown in IPTV deployments. 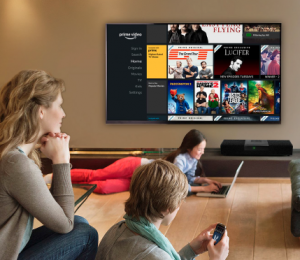 The company attributed the decline to caution by operators about investments, particularly in low ARPU markets where returns take longer to materialise.

Netgem said that its own total active user base reached 2.1 million at the end of June, a gain of 107,000 on the December figure.

Netgem said it would continue to cut costs by focusing on investment in strategic markets.

The first half saw the company’s launch of its OTT TV service in the UK market, providing a new user experiences with Alexa voice control, live and replay channels and an aggregation of popular OTT TV services including Amazon Video.

Netgem is initially marketing the service as a bundle along with the sale of smart TV adapters and its new smart soundbar via service providers, with plans to expand its retail offering later. It is also looking at extending its OTT business to other markets outside the UK.

Netgem posted revenues of €23 million for the first half, down 30% and EBITDA oif €2.1 million, also down 30%. The company posted a net loss of €0.3 million compared with a profit of €1.3 million for the same period last year.

“These results are indicative of a slowdown in the traditional IPTV business; they give us confidence that our strategic pivot into the OTT space is the right decision for our business. We initiated this pivot four years ago with EE TV, and we have continued to build on this next-generation TV experience to deliver the best OTT friendly TV service in the UK,” said Sylvain Thevenot, managing director of Netgem.

“Netgem has already introduced a range of unique products into the UK, including the Netbox HD the first HD TV Box and Media Streamer with Freeview Play and Amazon Video in the British market, and the Soundbox HD, a unique soundbar and TV streamer which comes with Amazon Prime membership as standard. Both of these products feature Amazon Alexa functionality and thousands of hours of free and premium streaming. Our product range is set to expand in the coming months and we’re excited by the prospect of growth in the UK OTT market as Netgem establishes itself as the brand of choice for Freeview TV viewers.”