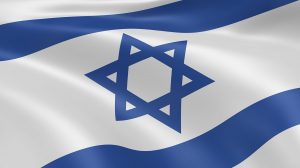 Internet video services such as local online providers Partner Communications and Cellcom could soon be subject to tougher rules and obligations if proposed new rules are approved by Israel’s parliament.

According to local reports, the country’s Cable and Satellite Council in conjunction with the country’s justice and finance ministries has been working on a draft bill that require regulation of internet-based TV services. The draft rules would require Cellcom and Partner Communications to apply for broadcast licences and be subject to the same rules that are applied to cable operator Hot, owned by international cable and telecom group Altice, and satellite operator Yes.

According to the draft, which was obtained by Haaretz Group’s online business newspaper TheMarker, there would still be significant differences between the rules applied to Hot and Yes and those applied to Cellcom and Partner, with regulations being applied over time.

The bill proposes defining video providers under three categories – those with a 20% market share, meaning Hot and Yes, those with a revenue share of 10% and those with a share of over 10% of subscribers. Companies passing these thresholds would require broadcast licences. The rules would apply to companies with content targeted mostly at an Israeli audience with prominent Hebrew content and a different line-up than services in other markets.

The new rules would also see obligations to support local content creation extended to online players, and the deregulation of basic packages that Yes and Hot are required to offer.

The draft regulations have been criticised for being vague and leaving it unclear whether international players such as Netflix would be subject to the rules.

According to Haaretz, the bill was originally intended to presented to the Knesset this summer, but has been delayed because of disagreements. The paper said that approval is unlikely before the next Knesset is elected.

Partner Communications – formerly Orange Israel – was the first Israeli operator to team up with Netflix when it launched in the country last year, offering the service via the set-top boxes of its recently launched Partner TV service.

Mobile operator Cellcom launched an OTT TV service four years ago to complement its mobile offering in a move that was welcomed by the government at the time as increasing competition in the multichannel TV business.