CTA: smartphone ownership gains on TVs in the US

Smartphone ownership in the US could match that of TVs in the next five years, as these devices continue their “meteoric popularity” rise, according to the Consumer Technology Association (CTA). 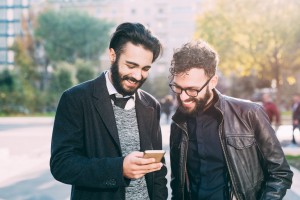 The CTA’s 20th ‘Consumer Technology Ownership and Market Potential Study’ found that smartphones are now owned in 87% of US homes, with the devices second only to televisions at 96%.

For the first time the three most-frequently owned tech products were also ‘screen devices’, with laptops coming in third with their highest ever ownership level at 72%.

Elsewhere, ownership of smart speakers, including Amazon Echo and Google Home devices, nearly tripled to reach 22% of American households, making the emerging category “one of the fastest-adopted technologies since tablets”.

Smartwatches grew six percentage points year-on-year to reach 18% of US households, while ownership of drones and virtual reality headsets reached 10% and 11% of households, respectively.

“‘The Three Screens’ – TVs, smartphones and notebook computers – now dominate the kinds of tech devices Americans have in their home, speaking to consumers’ desire to be connected and entertained, anytime and anywhere,” said Steve Koenig, vice president of market research, CTA.

The CTA, formerly the Consumer Electronics Association, is a standards and trade organisation for the consumer electronics industry in the United States.