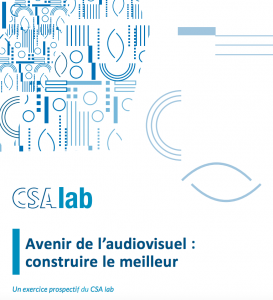 The modernisation of France’s digital-terrestrial TV platform is necessary and a revamped platform could be delivered in time for the Paris Olympics in 2024, according to French media regulator the CSA.

According to a report on the future of the audiovisual industry by the CSA Lab, the DTT platform remains vital in view of the pay nature of alternative platforms and the fact that DTT is the only platform to cover the entire national territory.

The CSA report said that the principle of windowing rules and production obligations placed on audiovisual service providers should be maintained to assure the creation of programmes that were independent, locally relevant and which addressed diversity and plurality.

However, it said that these rules should be revised and harmonised, in particular to create a level playing field between linear and non-linear actors.

The report also called for rules to be introduced covering the neutrality and openness of boxes. It said that these rules would not be intended to prevent innovation or rule out all forms of exclusivity, which could help stimulate the creation of quality content.

The regulator said that advertising should be subject to co-regulation by the industry and regulators, but accepted that an easing of restrictive rules appeared to be necessary to enable broadcasters and service providers to remain competitive.

The CSA called for closer alignment between regulatory bodies to meet overall goals.