YouTube Premium has ordered Kirsten Dunst-starring dark comedy On Becoming a God in Central Florida, as the platform amps up its originals plan. 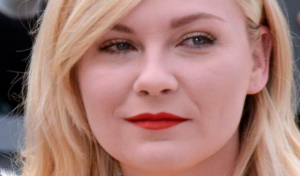 Dunst will executive produce the series alongside George Clooney and Grant Heslov, who will be working via their Smokehouse Pictures outfit.

The title was formerly in development with AMC. It is set in Orlando in the early ‘90s and features Krystal Gill as a young woman who relentlessly pursues the American dream.

YouTube has ordered a ten-episode first season, which will debut in 2019.

Tristar Television is the overall producer of the title.

YouTube is stepping up its originals focus, where previously it had mainly focused on supporting content creators and influencers for its platform.

The platform’s original Cobra Kai has been a smash hit so far, with Parrot Analytics showing that the title was the most demanded show in the US in May, beating Netflix’s popular title 13 Reasons Why. It also appeared as sixth most demanded digital title in the UK in June.

Market analysts are predicting that this may make YouTube Premium a serious threat to Netflix dominance.