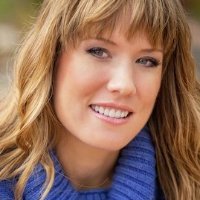 Stinchcomb, who joined the company in 2017, takes over from Elizabeth Hendricks North who has led CuriosityStream as president and CEO during its first three years – from inception to launch.

Hendricks North, who is John Hendricks’ daughter, is staying at the company and is stepping into a new role as president of original content arm, Curiosity Studios.

“CuriosityStream is perfectly positioned for this next phase of growth in the business of delivering premium on-demand factual entertainment,” said Stinchcomb.

“As cable networks and broadcasters have largely abandoned the factual space, we at CuriosityStream are delighted to satisfy the pent-up, insatiable consumer desire for enlightening entertainment.”

He added: “Elizabeth was exactly the right person to join her father in taking his vision of the next revolution in television and building it, from the ground up, into what the company is today.”

Stinchcomb will report directly to John Hendricks, who is CuriosityStream’s executive chairman.