Virgin Media has laid out plans to further strengthen its UK partnership with SVOD streaming Netflix. From October, all new and existing Virgin TV customers who don’t yet have Netflix will be able to add and pay for Netflix through their Virgin Media bill, giving them an easier way to access to the content on the streaming service. 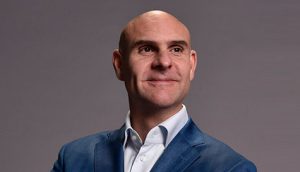 Commenting, Jeff Dodds, managing director of consumer and mobile at Virgin Media said: “Virgin TV has always been about giving our customers the TV they love all in one place. We were the first to embrace this open philosophy by embedding Netflix into our platform back in 2013 and it’s something that our customers absolutely love. By expanding our relationship further we’re forming an even deeper relationship with our friends at Netflix and giving our customers a simpler way to pay for the service’.

Virgin TV already fully integrates Netflix into its content discovery experiences like Smart Search which means customers can find and save Netflix content from within the Virgin TV platform. The relationship has clearly provided a boost to Virgin, with more than 700 million hours of programming watched through the Netflix app on Virgin since 2013. 100 million hours of that total came in 2018 to date.

In addition to the new billing development, Virgin said that customers with a V6 box, Netflix Premium account and a compatible TV can now watch Netflix programming in 4K UHD and High Dynamic Range (HDR) following a software update for the V6 box. The V6 is half the size of the previous TiVo box with 10 times the power and was built from the ground up to run apps such as Netflix, according to Virgin. To date, 1.6 million of Virgin TV’s 3.8 million customers have taken up the V6 box.

Commenting on the new development, Paolo Pescatore, VP, Multiplay and Media, CCS Insight, said the deal represents the next key step in deeper integration of Netflix among telco offerings. “For Netflix, partnerships with cable providers and operators will be crucial in attracting new customers. More so as it continues to heavily focus on tailoring content requirements to suit local markets.”

On the billing integration, he added: “Consumers are spoilt for choice due to the rise of online video services. However, this is leading to huge fragmentation resulting in users forced to sign up to numerous services. However, in reality consumers do not want to sign up to numerous services, receive more bills and be forced to open several apps to find the content they want. Therefore, I anticipate that we will see the return of big content bundles delivered over Internet connections.”