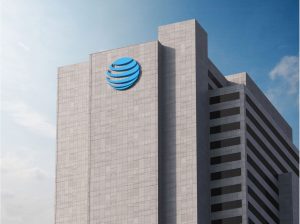 A US Federal judge has ruled that AT&T’s US$85 billion acquistion of Time Warner is legal, without placing any conditions on the merger of the telecom and media giants. Shares in Time Warner jumped on the news.

US District Court judge Richard Leon urged the US government not to seek a stay in implementing the ruling.

The news clears the way for the multi-billion dollar merger and makes it more likely that Comcast will now make a firm offer for 21st Century Fox. Fox shares also rose after Leon made his ruling.

“We are pleased that, after conducting a full and fair trial on the merits, the Court has categorically rejected the government’s lawsuit to block our merger with Time Warner,” said David McAfee, AT&T’s general counsel.

“We thank the Court for its thorough and timely examination of the evidence, and we compliment our colleagues at the Department of Justice on their dedicated representation of the government.

We look forward to closing the merger on or before June 20 so we can begin to give consumers video entertainment that is more affordable, mobile, and innovative.”

The Department of Justice indicated that it would review the court’s ruling and consider what next steps to take.

The politically freighted case had seen the DoJ take legal action to prevent the acquisition on the grounds that it would restrict competition. The ensuing court case saw AT&T CEO Randall Stephenson deny that the acquisition would stifle competition, while Time Warner CEO Jeff Bewkes had argued that the merger would better enable the combined company to compete with tech giants such as Google and Facebook.