Cable industry body Cable Europe has welcomed an agreement reached this week between the European Parliament and Council on the draft Electronic Communications Code, with executive chairman Matthias Kurth highlighting the absence of sector-specific rules and any new definition of market power.

Telecom industry organisation the European Telecommunications Network Operators (ETNO) on the other hand has slammed the agreement as a “missed opportunity”.

The two European bodies – the Parliament and Council – reached agreement late yesterday on the planned update to the EU’s telecom rules.

According to the European Commission, the deal between the pair means that rules have been agreed to help Europe achieve its broadband connectivity targets, ensuring the availability of 5G spectrum by the end of 2020 and facilitating the rollout of high-capacity fixed networks by making rules for co-investment more predictable and promoting risk sharing in the deployment of very high capacity networks, as well as promoting sustainable competition.

The EC said that the the new rules will also ensure closer cooperation between the Commission and the Body of European Regulators for Electronic Communications (BEREC) in supervising measures related to the new key access provisions of co-investment and symmetric regulation.

The Parliament, in its statement, said that the agreement encourages existing civil engineering infrastructure to be used, wherever possible, as well as agreements between operators, where these have a positive effect on competition. 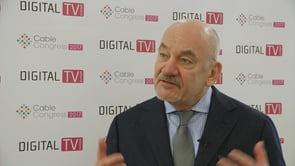 For Cable Europe, Kurth said welcomed the fact that the agreement avoids “any suggestion of creating sector-specific rules or redefining the market power concept – which would have come at enormous risk”.

The cable body had been concerned about debate around tighter ‘symmetric access rules’ that would have forced cable operators to open up their networks to rival providers.

“It now appears that this provision will only be applied under strict conditions and in exceptional circumstances. That is essential, because a consistent and harmonised application of the law is key to the creation of the Digital Single Market,” said Kurth.

“Access to networks should not be granted lightly and incentives to invest should remain front and centre of the policy framework. We’re pleased to see that implementation of the Code will come with strong supervision from the European Commission and BEREC.”

He added the caveat that the extent to which the code will bring benefits will depend on implementation by national states and regulators. 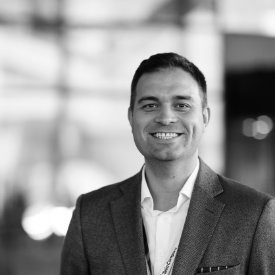 For telecom operators on the other hand, ETNO said that “the code will not ignite the much needed rush to invest in 5G and fibre networks and it will add complexity to an already burdensome system.”

It said that the agreed law foresees only limited progress on spectrum and “a complex and watered down compromise on incentivising fibre investment, uncertain triggers for imposing regulatory remedies and no fair playing field for digital services users and providers”.

In sharp contrast to the tone set by Cable Europe, ETNO said that the code was “an unfortunate example of Europe lacking a strong and coherent industrial policy” and that it would now be up to national authorities “to try to match this need”.

Phillip Malloch, ETNO executive board chair, said: “The new Code was a once in a decade opportunity to take the policy decisions required for Europe to become a catalyst to investment. This is fundamental to keep pace in the shifting global economy. It was an opportunity that has been missed. It’s a huge shame that the major investors in infrastructure will face additional and unnecessary headwind in building a true gigabit society.”