This year’s Eurovision Song Contest from Lisbon was seen by 186 million viewers globally, according to public broadcasters organisation the EBU. 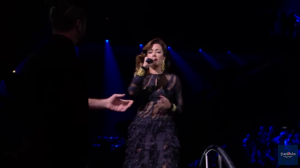 The total audience for the event encompassed viewers of the three live shows on May 8, 10 and 12. The Grand Final on May 12 achieved an overall audience share of about 35.8%, about the same as the 2017 number.

Israel, which won the competition, saw about one million viewers tune in to the Grand Final, representing a 50.9% audience share.

Among other participating countries, Germany’s ARD saw its audience for the event rise for the eighth consecutive year to 7.7 million, while the UK BBC One audience was up 5% year-on-year to seven million. France 2 recorded its highest viewing figure for the event since 2009, with 5.2 million viewers tuning in, up 10% year-on-year.

In Spain, La1 doubled its 2017 audience for the vent to 6.4 million, representing an audience share of 42.2% and making Spain the third largest country for the event in terms of audience.

In host country Portugal, RTP recorded an audience of 1.5 million, giving it a 36.4% audience share.

Some 6.6 million people tuned in to one of the three live shows on the Eurovision Song Contest YouTube channel, up 10%. Some 2.2 million unique viewers tuned in to the Grand Final on YouTube.