MGM is planning to “reposition and expand” its underperforming premium subscription service Epix one year after acquiring it from its joint venture partners, according to chief operating officer Chris Brearton. 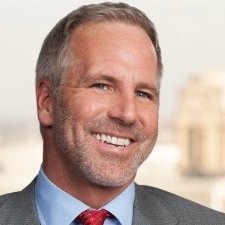 Speaking after MGM posted Q1 results, Brearton said the service was “under-distributed, under-subscribed and under-monetised” before MGM’s acquisition of it, adding that its original programming line-up was not significant enough to compete with rival services. He said that the service lacked “strong original programming” that would enable it to compete with rival services.

Brearton said MGM was now leveraging its programming assets to improve the service and would “reposition the platform for growth”.

He said that the goal was to have “a consistent presence” of original programming on Epix all year round.

Next months Epix will premier new espionage drama Deep State and will follow with season two of Get Shorty and boxing competition show The Contender from Mark Burnett, with a third season of spy drama Berlin Station to follow.

For 2019, MGM has also acquired Batman prequel Pennyworth from Warner Bros and DC comics, telling the story of the superhero origins of Batman’s butler Alfred, from the makers of Gotham.

Epix is also to premier crime drama Godfather of Harlem with Forrest Whittaker and new scripted series Shook Up about a group of women rising to power in mob-ruled New York’s Hell’s Kitchen in the 1950s.

“We believe we are on track to create a very compelling subscriber-based content platform” that will drive EBITDA growth, he told analysts.

Brearton said that Epix would also benefit from expanded linear and digital distribution. The service is currently available in fewer than 50% of US homes, giving it “a lot of room to grow”, he said.