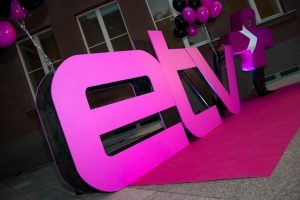 Estonian public broadcaster ERR is to expand the reach of its Russian-language channel ETV+ to the entire country.

Media and transmission services outfit Levira is transferring the channel from its sixth multiplex, which has limited coverage, to multiplex one, which includes the broadcasters flagship ETV and ETV2 channels.

The timing of the transfer has still to be worked out in detail, according to Levira. Viewers will be informed ahead of the change about how to receive the service.

Estonia’s minister of culture Indrek Saar said that the authorities wanted to make “free, high-quality and independent Russian-langauge TV channels” available to anyone interested in viewing them. The government is providing additional funds to ensure that ETV+ is available “to every home” from next year, he said.

The government has reportedly allocated €300,000 to finance the expansion of the channel’s reach. ETV+ currently reaches about 90% of the country, with an estimated 80,000 inhabitants unable to receive it.

ERR launched ETV+ in 2015 in part to provide alternative viewpoints to those of Russian channels watched by the country’s large Russian-speaking minority.