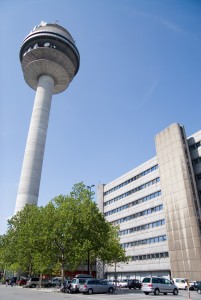 A1 Telekom Austria saw its domestic and international fixed-line base decline in the first quarter, with growth in pay TV failing to offset a near across-the-board decline in fixed broadband and phone customers.

Telekom Austria saw its domestic Austrian TV base increase by 4.1% to 302,000 in the first quarter, while its fixed broadband base declined by 2.3% and fixed voice base fell by 4.5%, leading to an overall fall in the fixed base of 2.8% year-on-year.

Mobile subscribers also declined by 1.7%, driven down by a 10% fall in prepaid customers.

In Bulgaria pay TV numbers grew by 2% to 488,100, while fixed broadband grew by 1.8% and voice declined by 19%. The overall subscriber base was flat at just over one million.

Croatia followed the same pattern, with the pay TV base growing by 3.8% to 213,900, while fixed broadband and telephony declined by 2.3% and 4.4% respectively, leading to a dip in the overall fixed base.

Slovenia saw pay TV subscriber grow by 1.5% to 54,200, with fixed broadband and phone customers both declining.

In Belarus, where the operator entered the fixed market at the end of 2016, all customer segments grew, but pay TV led the way with 74.9% growth to reach 258,900 customers. Broadband grew by 61% while fixed phone customers grew by 10.9%. Mobile subscribers in Belarus were flat year-on-year.