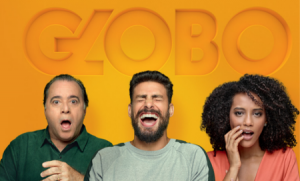 The HD version of Globo will appear on Meo’s EPG in 10th position on the grid, and the channel will also be available in SD, free to all Meo customers on fibre, ADSL, satellite and via the Meo Go app.

The addition of the channel will bring a range of popular telenovelas and series to Portuguese viewers and Brazilian viewers resident in Portugal, including Tieta, A Favorita, Já Pé na Cova, Toma Lá Dá Cá, and Sai de Baixo.

Meo has launched a joint marketing campaign with Globo to promote the service.

Altice has also delivered a presentation of its planned eSports collaboration with Huawei that will see the pair launch Moche XL Esports by Huawei, the first major eSports competition in Portugal, to be held on June 9-10 at the Altice Arena in Lisbon before an expected audience of about 20,000 fans.

Altice has been active in eSports of late, creating Moche Legend, a special offer for gamers, and producing two major eSports leagues – Esports: Moche LPLOL, the Portuguese League of Legends league, and Moche LPGO, for CS:GO.

Separately, Reuters has reported that EU competition regulators are to fine Altice for moving to complete its acquisition of PT Portugal in 2015 before it had been given a green light to do so.

According to the report, citing an unnamed source, the EC could move as early as next week to fine Altice.