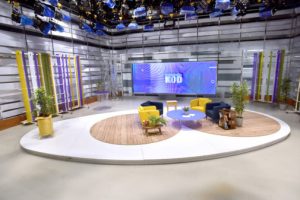 HRT has signed a multi-year agreement to take capacity at Eutelsat’s Hotbird position at 13° East to deliver the channel to an international viewr base across Europe and the Middle East.

HRT-HTV 5 offers 24-hour news, educational and entertainment programmes in Croatian, as well as content in English, Spanish and German.

Kazimir Bacic, CEO of HRT, said: “The launch of HRT-HTV 5 reflects the vibrancy of Croatian broadcasting, in particular for news and other services. Our drive to share this with a wide national and international audience has been made possible thanks to satellite broadcasting via Hotbird, which was the obvious step in achieving this goal.”

Michel Azibert, chief commercial and development officer at Eutelsat, said: “We are delighted with HRT-HTV 5’s arrival on Hotbird, and through this with the new momentum given to our partnership with a renowned public broadcasting group such as HRT. This agreement once again shows the legitimacy of this leading position for broadcasters who wish to reach key audiences spread over a very large geographical area.”