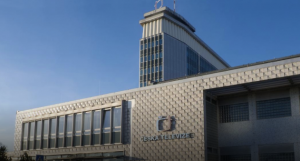 Czech public broadcaster Ceská Televize is to begin transmitting its signal in the DVB-T2 format from tomorrow, the first major step in the country’s transition to the advanced version of the digital-terrestrial broadcast standard.

The broadcaster will simulcast all signals in DVB-T for at least a year, after which it plans to begin shutting down DVB-T signals in some areas, beginning with Prague in November. DVB-T transmissions should be terminated by the middle of 2020 in all areas. However, a final switchover date has yet to be agreed nationally, and is unlikely to be before 2021.

The Czech Republic is migrating its terrestrial broadcast platform to HEVC encoding at the same time as it makes the move to DVB-T2 in order to release spectrum in the 700MHz for mobile applications.

Ceská Televize said its DVB-T2 transmissions would cover 98.7% of the country’s population from the start, rising to 99.6% by the end of April as additional transmitters come online. From the end of May, the public broadcaster’s main channel will be available in HD via both DVB-T and DVB-T2.

According to Ceská Televize, about a fifth of TV homes now have DVB-T2 receivers. About 60% of Czech homes rely on digital-terrestrial broadcasts.

The move to DVB-T2 follows the launch of a logo programme last year covering over 1,200 models of TVs and set-top boxes.