Forensic watermarking could halve the losses from online video piracy, according to research commissioned by TV technology and watermarking company Edgeware. 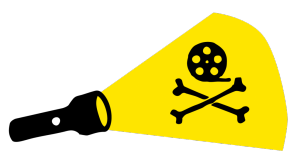 The research, which was conducted in partnership with YouGov, found that 50% of viewers who watch pirated content said they would be dissuaded from doing so if they knew it was watermarked and could be tracked back to its source.

“The Illegal distribution of programming is a huge problem for content distributors and owners with piracy costing them billions in lost revenue,” said Edgeware’s Richard Brandon.

“This research has shown that digitally watermarking content as it’s streamed will have a significant benefit. Those watching pirating content could drop by half and then forensic watermarking will also make it faster and easier to identify those illegally distributing content.”

The research was based on a sample of 4,252 adults in Hong Kong, the US and the UK, who were surveyed in December 2017.