Analysts at infrastructure investment group Macquarie have outlined four scenarios for Sky following Comcast’s announcement that it would bit for Sky, and upgraded its target on Sky to 1450p a share and suggesting that one scenario could place a value of close to US$100 billion on a deal. 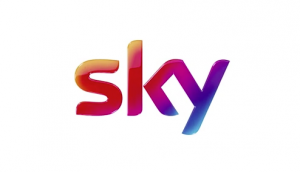 The analysts said that Comcast could bid for the 61% of Sky not owned by Fox and win, in which case Sky could become a potentially uncomfortable Sky-Disney JV. “We think this may ultimately become an untenable relationship, however, as Disney had deemed Sky a crown jewel in its Fox acquisition, namely the opportunity to own the company outright once the Fox bid received antitrust approval in the UK,” said Macquarie, with Sky’s OTT platform and presence in Europe being particularly attractive to Disney.

In this case, Disney could ultimately sell the 39% it will acquire in Sky to Comcast at a mark up.

Alternatively Disney or Fox could up their bid with something like a 20% premium to Fox’s bid, potentially costing Disney an additional US$8.2 billion and taking the total value of the deal to US$99.2 billion.

The third scenario is that Comcast could win Sky and then bid for Fox as well, which it said would make strategic sense but could fall foul of US regulators.

Finally, it speculated that Comcast may be bluffing and attempting to disrupt a deal that could create a stronger competitor, noting that Disney has so far not responded to the move.

In a separate note, Macquarie said that Sky stands to benefit from investment in fibre and 5G in the UK and its telecom business could be worth £3.3 billion in the next few years.

According to Macquarie’s TMT equity research analyst Guy Perry, Sky could be a ‘kingmaker in UK telecoms’ with a business that will be “a significant driver of network operator returns”.

However, says Macquarie, a sale of the business to Disney as part of the latter’s agreement to acquire the bulk of 21st Century Fox could throw Sky’s commitment to telecoms in doubt.

“With a change in ownership, this could all change. If Disney is successful with its offer, there could be de-emphasising of telecoms and an exaggerated move to OTT. If Comcast triumphs, there could be more of a network focus,” says the report.

“Comcast and Disney offer different backdrops. For Disney the OTT and more technologically neutral strategy of Sky Deutschland and Sky Italia may resonate better and with the advancements in technology, Sky will become less dependent on telecoms in the UK. There is the scenario where Sky becomes a seller of its telecom businesses – although that may depend on how convergence develops in the UK over the coming years.”