The UK’s youth-focused online TV channel, BBC Three, has secured an additional £10 million (€11.2 million) for new formats as it expands its commissioning remit. 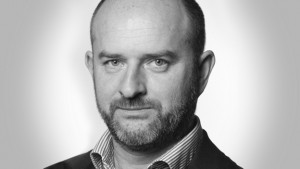 BBC Three controller Damian Kavanagh said the cash influx came at “an exciting creative moment for the channel and the production community”.

This comes two years after BBC Three became the first major linear channel in the world to go online-only. It has since been following a commissioning mantra of ‘Make Me Think’ and ‘Make Me Laugh’, and is widely seen as having been successful with the overall strategy.

BBC director of content Charlotte Moore said that BBC Three’s role was “more important than ever” as the UK’s public broadcaster looks to reinvent itself for new generations.

“I’m really proud of what Damian and the team have achieved over the last two years and this extra investment is a clear signal of our commitment to entertaining young audiences into the future,” she added.

“We have received extra investment in recognition of the great work we have been doing since moving online and we have ambitious plans for the next stage of our journey,” said Kavanagh.

“Our aim is to bring a new spirit to our content, which celebrates young people and their passions by commissioning new, innovative, contemporary takes on fact-ent, formats and entertainment which will unite and inspire our young audience.”

The new commissioning pillar will extend BBC Three’s focus into “ideas with feel-good, entertaining propositions at their heart that celebrate and unite young people and get them talking”.

Kavanagh sees this as adding another tone to the channel, which has ordered programmes such Fleabag, Murder in Successville, People Just Do Nothing and Murdered By My Father since going online only.

Kavanagh has also commissioned new doc films from Stacey Dooley, including Shot By My Neighbour. There is also Annie Price: the Truth About Having a Baby, The Voice in My Head (WT), three-part factual series Different Like Me, comedy Enterprice and Eating with My Ex, the latter of which is transitioning from a short-form to a long-form proposition.

“These new programmes emphasise BBC Three’s commitment to working with new talent and providing a platform to tell stories that resonate with young people,” said Kavanagh.