Netflix targets India for next wave of growth

India will be a major driver for Netflix’s future growth with the company already benefitting from low internet costs and the expansion of 4G in the country, according to CEO Reed Hastings. 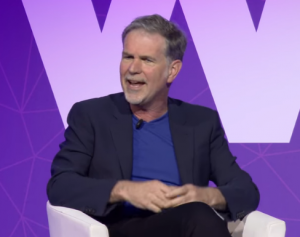 Speaking at the Economic Times Global Business Summit in New Delhi, Hastings reportedly told attendees that while Netflix’s global subscriber base currently stands at some 120 million members, “the next 100 million is from India”.

According to a report in the Economic Times, he also predicted that Netflix will be “giant exporters of Indian content”, with its recent Indian original movie Love Per Square Foot already performing well in markets like the UK and US.

In a separate interview with the Economic Times to coincide with his appearance at the conference, Hastings said that Netflix opened an office in Mumbai six months ago and is investing in developing shows there for India and export around the world – with six already announced and more coming.

Netflix first went live in India in January 2016 as part of a 130-country global expansion drive, which also saw it roll out to markets like Russia, South Korea and Nigeria.

Hastings said that while Netflix initially only offered Hollywood content and supported international credit cards in India, it now accepts local payments, has added a lot of international content, and aims to “give Indian film makers a voice to the world”.

He added that Netflix had been “very fortunate” that the launch of Reliance’s Jio 4G LTE network in the country in 2016 had increased competition and reduced data prices.

Asked whether Netflix had considered opting for a ‘freemium’ model in India, Hastings ruled this out. He said Netflix is the only ad-free network in the country and is in the process of adding “a lot more Hindi content”.

In its most recent earnings announcement, Netflix said that at the end of last year it had 117.6 million streaming members –  54.75 million in the US and 62.83 across its international markets.