The South African government’s communications department has set a deadline of March 31 for registration to receive subsidised digital-terrestrial set-top boxes in the North West and Free State provinces.

Families earning below ZAR3,200 (€189) qualify to receive the government-subsidised decoders. Qualifying households can register at their nearest Post Office.

Communications department officials are currently taking registrations and supervising installations of decoders in the two provinces.

The South African government has committed to switching off analogue TV in June next year, following a long and difficult digital transition process that has seen multiple delays. 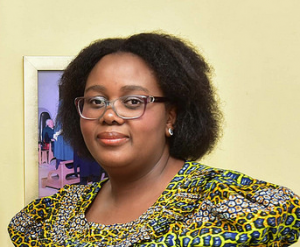 Digital switchover was finally initiated in the Northern Cape region at the end of 2016, after a year of dual-illumination of digital and analogue signals. The process had been plagued by multiple controversies including a battle between the government and commercial broadcaster E.tv over whether signals should be encrypted. The commercial broadcaster wanted to ensure that signals – particularly HDTV signals – were encrypted, which was opposed by the government and other broadcasters.

The country’s Constitutional Court ruled in June last year that government-subsidised set-top boxes should not be encrypted.

In other South African news, pay TV operator Multichoice has confirmed it will remove news channel Africa News Network 7 from the DSTV bouquet when its contract expires in August.

The move follows a MultiChoice investigation over alleged wrongdoing related to its contract with ANN7, which was owned until earlier this year by the controversial Gupta family.

“I wish to express my disappointment that the viewers of DSTV will not have access to the diversity of voices that ANN7 has also contributed to the country’s media landscape. However there is a lesson to be learned going forward in that, as government we need to look at how our current policies are structured in relation to increasing diversity of media ownership,” said communications minister Mmamoloko Kubayi-Ngubane.