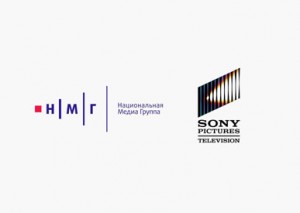 According to a statement published by NMG, it has acquired an 80% stake of a company-operator that broadcasts Sony’s package of three pay channels in Russia.

The partnership will allow NMG to sell advertising on the Sony Turbo, Sony Sci-Fi and Sony Entertainment channels in the country.

“Sony Pictures is a key business player which makes it possible to count on expanding the formats of cooperation in the future.”

NMG was founded in 2008 and comprises assets like Channel One, Ren TV, Channel 5 and Channel 78 and the Izvestia newspaper.

In 2015 NMG formed Media Alliance, a joint venture with Discovery Communications, which manages the Discovery Networks, Eurosport and Turner channels in Russia.

SPT offloaded 80% of its Russian channels operation in early 2016 to comply with new foreign ownership laws in the country.

It sold the 80% stake in its Russian portfolio to Media Logica, which is run by Russian TV industry veteran Vladimir Khanumyan.

According to a local Russian press report, NMG acquired the stake from Khanumyan.

Russian president Vladimir Putin signed an amendment to the country’s media law in late 2014 that would limit foreign ownership of media companies in Russia to 20%. This came into effect in January 2016.