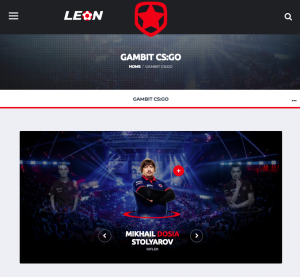 Gambit Esports teams have won major World and European competitions. Gambit’s roster of players includes the current World champions in CS:GO, the first team from the CIS countries to have won.

MTS said that it planned to combine marketing activities in eSports with the development of new products for gamers. The ompany has created an eSports division within its own innovation centre, headed by gaming expert and Virtus.pro co-founder Irina Semenova.

Gambit Esports CEO Konstantin Pikiner will take on the position of sports director for MTS.

MTS has been active in providing technical support for eSports, including establishing direct connections to the servers of the largest gaming companies for both mobile and fixed-line operations.

“It’s an important and iconic event for our organisation. The eSports industry is growing rapidly. The level of competition is higher than it has ever been before. Big brands from all over the world, famous sports and entertainment organisations have begun investing in the eSports industry. Therefore we are glad that Russian companies are not an exception. The opportunities provided by one of the leading technology companies will allow us to focus on achieving competitive success and interaction with our audience,” said Pikiner.