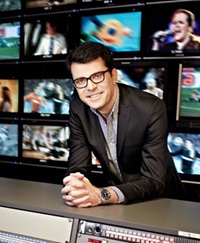 Verley said that the pubcaster was aiming for a 10% share of the SVOD market in three-to-five years. The broadcaster aims to launch the service in April or May, prioritizing deliver via IPTV boxes, and has struck a distribution agreement with Free, according to Les Echos.

According to Verley, the pubcaster will have a significant fiction offering, including series available before their linear airing.

Les Echos cited Verley as saying that on the web, France Télévisions’ priority is to develop its existing free France.tv platform with obligatory registration and login.

France Télévisions signed agreements with around 10 production outfits to supply content to the SVOD service at the end of last year.

The pubcaster has also committed to ramping up its internal production activity, with a new daily series set to start production in the Montpellier area, which will be aired on France 2 later in the year. The budget for the show has been set at between €25 and €30 million a year, a little less than France Télévisions’ existing daily soap, Plus Belle La Vie, according to Les Echos.