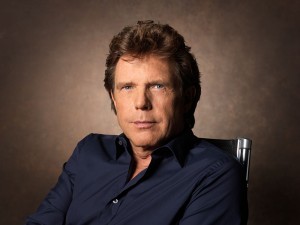 As part of the DFFRNT Media investment, Endemol co-founder de Mol (pictured) is building on Talpa Network’s ‘media for equity’ initiative, which sees the company use its media assets in return for equity stakes in companies and IP.

The deal between Talpa and DFFRNT will be further substantiated by additional investment in Fitchannel.com, a personalised online home-fitness platform created by the tech company.

TCC Global is also buying a stake in DFFRNT. It will look to collaborate with the company to transform traditional marketing models by combining digital IP development, media, retail and loyalty schemes.

DFFRNT states that the investors foresee an acceleration of more sophisticated new initiatives and highly targeted tech platforms and immersive media like virtual reality and augmented reality to drive sales growth and brand equity for TV business around the world.

DFFRNT Media founders Ketelaar and Winston Gerschtanowitz said in a statement: “We are moving towards a platform economy in which success is defined by the ability to engage people in a relevant and meaningful way. We are proud to bring two such international powerhouses on board within 12 months after the start of our company.

“Such investments will give us the ability to play on a global level. We will be able to move into new markets, attract top talent, develop new digital IP and help clients with their digital transformation at the highest possible level.”

Both founders have previously worked for de Mol. Gerschtanowitz was formerly chief commercial officer at Talpa and Ketelaar worked at Endemol, which is now part of the Endemol Shine Group.

De Mol launched Talpa Network towards the end of last year in order to consolidate his media assets, which include ownership of Dutch networks such as SBS6. He then founded an initiative called ‘The Fastest Way to the Screen’, which is billed as a formats ‘accelerator’ designed to give international shows straight-to-series commissions.