US-based OTT TV player WhereverTV is launching a Spanish-language WhereverTV Latino service in Latin America in a partnership with Google. 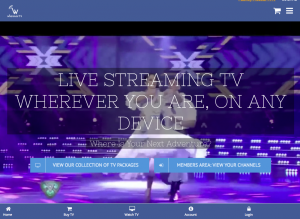 The subscription service, which is available on smartphones, tablets, streaming media players, computers and smart TVs, is now available on the web, via an Android app and via Chromecast in Mexico and Latin America, following the launch of a marketing alliance with Google’s Chromecast unit.

Google is WhereverTV’s first live-linear streaming distribution partner in Latin America. The OTT TV outfit said that it was now averaging over 200 registrations a day for the service, which it expects to increase following the launch of a social and digital media marketing campaign.

The current service offers about 50 channels, which WhereverTV expects to grow to about 150 soon.

The service’s marketing alliance with Google Chromecast Latin America kicked off in Mexico at the end of December with 200 in-store promotions with retailers including Best Buy, Coppel, Liverpool, Radio Shack and Sears. WhereverTV was also the feature app on Chromecast boxes.

“The Alliance between Chromecast and WhereverTV Latino will allow the users to enjoy and experience a variety of content on their TV with their Chromecast devices,” said Rodrigo Castuera, director of strategic alliances, Google Chromecast division for Latin America

“Initial results for Mexico are very promising. WhereverTV Latino provides both an incredible opportunity for our Company and an excellent solution for TV viewers throughout Latin America. Consumers can, for the first time, buy television subscriptions on a channel by channel basis at an extremely affordable cost and view on their TV’s using their Chromecast device as well as on any internet connected device,” said Edward D Ciofani, CEO of WhereverTV.

WhereverTV offers a range of channel packages, including Arabic and Greek-language services.