A+E Networks UK will continue to distribute its pay channel brands via TalkTalk after renewing its carriage deal with the UK operator. 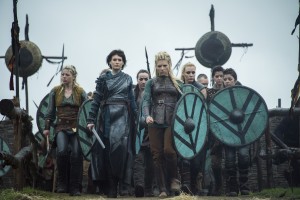 The long-term carriage deal covers the History, Crime + Investigation, H2 and Lifetime brands, which are available in TalkTalk’s ‘Entertainment Boost’ package alongside channels like Fox, Sky One, MTV and Comedy Central.

Will Ennett, acting managing director, TalkTalk TV, said: “With access to more even more great content, the new agreement is another step in our firm ambition to grow our TV offering.

“We’re committed to making TalkTalk TV better than ever with a new suite of improvements that will continue to deliver what really matters to our customers – affordable entertainment the way they want it.”

The deal comes ahead of the launch of a new unified TalkTalk TV platform that will combine set top box viewing, the TalkTalk TV Store and TalkTalk TV’s suite of mobile apps. The update is due to roll out in early 2018.