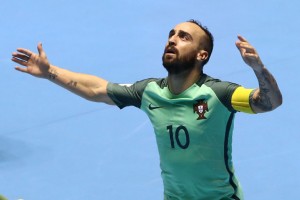 The tournament kicks off on January 30 and all matches will be shown live on MTG’s streaming service Viaplay.

The competition in Ljubljana, Slovenia, will feature 12 European teams, with seven-times winners Spain defending their crown against teams from countries including Italy, Russia and Portugal.

All games from UEFA Futsal Euro 2018 will be available live on Viaplay in Denmark, Finland, Norway and Sweden, with selected matches shown on TV3 Sport in Denmark and Sweden.

“Everything about futsal is explosive – the speed, the skills and now the growth in interest around the world. UEFA Futsal Euro 2018 will be the most captivating futsal tournament yet, and this is a fantastic opportunity for sports fans across the Nordic region to experience the very highest level of futsal on more screens than ever before,” said Peter Nørrelund, MTG’s EVP and CEO of MTG Sport.