BT strikes deal with Sky for Now TV and sports 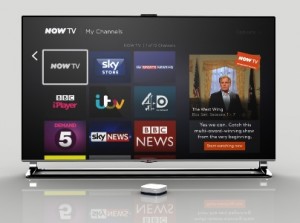 Sky will make the full Now TV service, which includes content such as Sky Sports, Sky Cinema and the Sky Atlantic channel, available via BT TV set-tops. BT will be able to sell Now TV subscriptions direct to its customers.

BT has also agreed to wholesale its BT Sports channels to Sky for the first time, allowing Sky to sell them direct to its satellite customers. BT Sport holds exclusive rights to Champions League football and BT’s package of Premier league matches. Sky customers will now be able to buy BT Sport from Sky as well as from BT.

Carrying Now TV means that BT customers will have direct access to Sky Sports. Currently, BT TV customers can only buy Sky Sports Main Event as a bolt-on to their TV service for £27.50 per month, and are not able to choose from the full range of Sky Sports channels.

Through Now TV, BT will be able to offer all eleven Sky Sports channels, as well as a Now TV Entertainment passes.

BT said the reciprocal deal marked a successful conclusion to years of “on and off” negotiations. The services are expected to be available to customers from early next year.

“This is an important day for BT and for our customers, who will be able to enjoy a whole range of Sky’s sport and entertainment programming on their BT TV boxes,” said BT CEO Gavin Patterson.

“This is the next logical step for our TV and content strategy. Having built up an outstanding portfolio of exclusive sports rights and a loyal base of customers, we feel that now is the right time to broaden the ways in which we distribute BT Sport. This agreement fits with our strategic goal of being the best provider in the UK of converged network services, and adding Now TV boosts our growing roster of outstanding content from the likes of Netflix, great pay channels like AMC and all the major catch-up services.”

BT’s third-quarter results highlighted the toll that sports costs are taking on the company and its struggle to successfully build on its rights to grow its TV base. The operator, which added only 7,000 TV customers in the three months to March, saw operating costs increase to £1.02 billion, resulting in lower EBITDA.

“This deal has taken many years but it is great news for consumers. They don’t have to sign up to different providers. However, this means more to BT giving its ailing TV service, which has been struggling to see meaningful net adds over recent quarter. Hopefully the addition of these premium Sky channels along with the hugely successful BT Sport service, will make BT TV more attractive and drive consumer uptake,” said Paolo Pescatore, SVP, multiplay and media at analyst outfit CCS Insight.

“Furthermore this is a significant move for the new head of the combined consumer units of BT and EE. All eyes will now be on the premier league and whatever the outcome both BT and Sky will be in a strong position to air all the premier league matches on their respective platforms. Arguably the biggest losers in this tie up are TalkTalk and Virgin Media.”