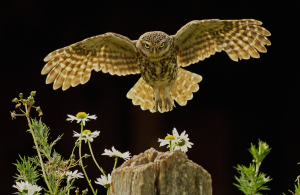 The Secret Life of Owls

5Prime will launch on January 16, 2018 on all broadcast platforms in the UK, replacing the existing My5 TV network.

The My5 brand will remain as Channel 5’s on-demand service, which is distributed through all platforms in territory.

5Prime will acquire high-end shows and is also commissioning originals, with the first being The Secret Life of Owls (pictured), which is a two-part doc from Argonon Group-owned Windfall Films that follows the lives of several pairs of owls.

Other factual shows include Ben Fogle: New Lives in the Wild, GPs: Behind Closed Doors and The Yorkshire Vet Casebook, plus World War I in Colour and Alaska: A Year in the Wild.

It will also feature themed programming collections, including a ‘Secrets of the Past’ grouping that explores defining historical moments, ‘Prime Drama’ and ‘Famous Faces, Amazing Places’, in which Channel 5 talent visit bucket list destinations.

“As the home of Channel’s critically acclaimed premium content, 5Prime is a welcome and complementary addition to the Channel 5 family of channels,” said 5Prime channel manager James Brown.

Brown has worked at Channel 5 since February 2014, and has experience at another Viacom-owned network, Comedy Central UK, and Playboy TV.