The UK Royal Television Society has announced the winners of its Craft and Design Awards 2017. 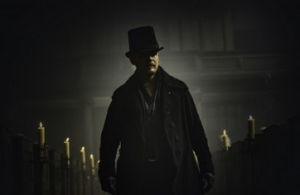 BBC One drama Taboo and the broadcaster’s World War One Remembered: Passchendaele each picked-up three awards.

For their work on Taboo costume designer Joanna Eatwell received the prize for Costume Design – Drama while Erika Okvist, Jan Archibald and Audrey Doyle won the Make Up Design ­– Drama category and the sound team collected the award for Sound – Drama.

World War One Remembered: Passchendaele, which marked the centenary of the Battle of Passchendaele, secured the Judges’ Award, which recognised the complex and ambitious nature of the BBC live event series, while Nigel Catmur collected the award for Lighting for Multicamera and the sound team the award for Sound – Entertainment & Non Drama.

Netflix drama The Crown’s digital effects team, One of Us, took home the Effects – Digital award and Joel Collins and James Foster took the award in the Production Design – Drama category for Black Mirror: Nosedive.

Julian Jarrold collected the Director – Drama award for his work on The Witness for the Prosecution (BBC One) and Dan Edge and Lauren Mucciolo won the Director – Documentary/Factual & Non Drama prize for Last Days Of Solitary (BBC Four).

The Lifetime Achievement Award was presented to sound supervisor Tony Revell, who in a career spanning more than 30 years has worked on shows including Top of the Pops, Only Fools and Horses, The Eurovision Song Contest and Strictly Come Dancing.

Other awards handed out on the night included: Design – Programme Content Sequences which was collected by Made In Colour for Finding My Family – Partition (CBBC); Design – Titles, which went to Huge Designs’ Hugo Moss, Paul McDonnell and Ben Hanbury for ITV’s Fearless; Design – Trails & Packaging which was picked-up by Rob Heath, John Cryer, Shizuka Hata and Rachel Warr for Film Fear (Film4); Editing – Documentary/Factual which was won by Sam Santana for Bring Me Back To Life (Channel 4); Effects – Special which was collected by Real SFX for Sherlock (BBC One); Make Up Design – Entertainment & Non Drama which went to Siobhán Harper-Ryan for The Drug Trial: Emergency at the Hospital (BBC Two) and Picture Enhancement which was awarded to Dan Gill for Hospital – Series 2 (BBC Two).

The awards honour excellence in the skills and processes involved in programme production.