Former Ofcom boss Ed Richards has said that the BBC licence fee is a sustainable model in the near term and that he has not been persuaded by any alternative funding models. 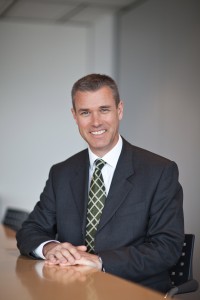 Speaking at the Outside the Box conference at BAFTA yesterday, Richards, who was CEO of the UK broadcast regulator for eight years before stepping down at the end of 2014, said that he was “sceptical” when asked if the BBC will emerge as a digital-first champion funded by a subscription model.

“I never take a view on that beyond five to 10 years, but if you asked me today for the next five to 10 years, I haven’t heard a knock-down argument in relation to the licence fee which would persuade me [otherwise].”

Richards, who earlier in his career worked as an adviser in 10 Downing Street and led the corporate strategy team at the BBC, also sounded a note of caution when asked his views on whether or not Channel 4 should move from London to Birmingham.

“Clearly any change on that shouldn’t damage the organisation in a way that undermines its core competitiveness and capability,” said Richards.

“To do so would, in the end, be counterproductive, because you would force a move of some kind and then diminish the organisation.”

He added that the issue of whether to be based in London or elsewhere in the UK is a question that is being asked of every other public body or major institution in the public domain, not just Channel 4.

Richards, who is now managing partner of business advisory Flint Global, also said that the topic of public service channel prominence in an online and non-linear context is significant.

This is an issue currently being looked into by Ofcom and was discussed by ITV chairman Peter Bazalgette at Outside the Box yesterday.

The UK government upped the price of the BBC licence fee for the first time since 2010 in April – increasing it from £145.50 (€170) per year to £147. The BBC’s latest 10-year Charter period, which supports the provision of the licence fee, began at the start of this year.