The prominence of public service channels must be maintained as TV platforms continue to evolve, ITV executive chairman Peter Bazalgette has warned. 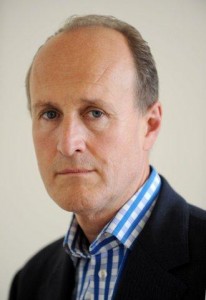 Speaking at the Outside the Box conference at BAFTA this morning, Bazalgette said that while there is a bright future for free-to-air, terrestrial television, it must adapt to changes in the industry.

Bazalgette said that Ofcom is right to look at the issue of channel prominence in the age of on-demand and over-the-top television, but urged the regulator “do not hang around” for fear that a solution could be out of date by the time it is reached.

“The public service channels have to maintain prominence on the satellite and cable platforms and any other platforms yet to be invented,” he said. “Prominence has been eroded over the last few years because it was defined when the homepage wasn’t what it is today.”

On the issue of Netflix and CEO Reed Hastings’ assertion that all television will be delivered online in the future, Bazalgette said “for the foreseeable future I disagree with him,” stressing the continued importance of digital terrestrial television (DTT).

“DTT offers free, unmediated, universal service. Those are three very, very important things,” he said. “We need to preserve the value of the way that we do [delvier TV] at the moment. DTT spectrum is much coveted by others. Get off it. It’s for TV and it’s valuable”.

Bazalgette described Netflix as a “very important customer and partner of ITV Studios”, and as such a friend of ITV’s. “They compete, but we also collaborate,” he said. “In there is a symbiosis that could be really valuable.”

Elsewhere, he said that ITV’s audience has not eroded over recent years, but even if it were to in the future the ability to reach a mass audience remains “incredibly valuable”.

“To be able to get large numbers of people simultaneously is so valuable that two of our largest advertisers on ITV are Facebook and Amazon – I think that speaks volumes,” he said.

However, Bazalgette added that ITV needs to make sure that its advertising offer keeps up with the targeted, data-rich offering of online ads.

“I think in the next five years that free-to-air television, the core of that is public service broadcasting, can have its cake and eat it,” said Bazalgette.

“If it continues to be creatively excellent and extends rights to online services, you have the diaspora of younger viewers away from the schedule but not necessarily away from the programme.”