Blue Ant Media’s CEO of television and digital, Raja Khanna, is leaving the Canadian content business after more than a decade. 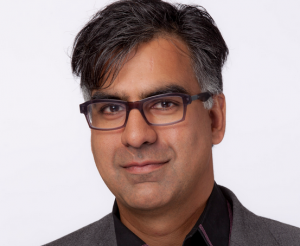 He will leave his post at the end of the year, as the company continues to position itself as an international production, distribution and channels operation.

“In order to deliver on our growth strategy, we have decided to put more accountability and decision making authority directly into our various business units,” a Blue Ant spokeswoman said.

Khanna and Blue Ant CEO Michael MacMillan had decided that, as the result of a “decentralised structure”, the TV and digital chief executive role was “a layer of executive oversight which is no longer necessary”.

Khanna joined Blue Ant after MacMillan’s operation acquired majority control of Canadian channels and production business GlassBox, where he was CEO, in 2012.

“Raja has been on the growth journey at GlassBox and Blue Ant for more than ten years and he is looking forward to his next challenge,” said the spokeswoman. “We thank him for his many contributions to the creation and growth at Blue AntMedia, which reflect his entreprenuerial spirit.”

The news comes after Blue Ant bought David Haslingden’s Racat Group in May, adding prodcos such as NHNZ to the stable.

Blue Ant also made a string of other hires this year as it builds out its international and channels businesses, including Beatrice Lee and Carolyn Staudt earlier this month and George Jeffrey, Raymond van der Vliet, Frederic Chevance and Kelly Butler in October.

Many of the hires worked under Platt and Haslingden at Fox and National Geographic.