ProSiebenSat.1 CEO to step down in February

ProSiebenSat.1 Media chief executive officer (CEO), Thomas Ebeling, is due to leave the company after its next annual press conference on February 22, 2018. 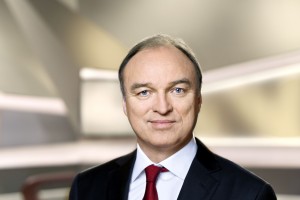 Ebeling’s term of employment was due to run until mid-2019, but ProSiebenSat.1 said he had already informed the company that he would not be available for a further contract renewal.

The company said this prompted it to initiate the search for Ebeling’s successor “some time ago” and that a hire will be announced “in due course”.

The company confirmed Ebeling’s departure in a statement yesterday, stating that the decision had been agreed mutually over the weekend by Ebeling and the company’s supervisory board.

ProSiebenSat.1 also said it has upped head of external affairs, industry relations and general counsel, Conrad Albert, to deputy chairman of the executive board with immediate effect to ensure a smooth transition if Ebeling’s successor is unable to take up the post promptly following his February departure.

Werner Brandt, chairman of the supervisory board of ProSiebenSat.1 Media, paid tribute to Ebeling, describing him as “one of the outstanding entrepreneurs of the media industry”.

“Our search for a successor focuses on a personality that continues the outstanding work of Thomas Ebeling and continues to drive diversification and digital transformation with equally entrepreneurial vision and assertiveness,” said Brandt.

“Our search for a successor focuses on a personality that continues the outstanding work of Thomas Ebeling and continues to drive diversification and digital transformation with equally entrepreneurial vision and assertiveness.”

Ebeling said: “With its strong TV business, access to data and technology and the dynamically growing commerce business, ProSiebenSat.1 has all the prerequisites to proceed in a successful manner going forward.”

Ebeling was appointed CEO of ProSiebenSat.1 in March 2009 and has been on the supervisory boards of Bayer since 2012 and GfK since April of this year.

News of his departure comes less than two weeks after ProSiebenSat.1 issued a profit warning after announcing its third quarter results.

The German media giant said it expects its content and sales division to record a double-digit percentage decrease in revenues in Q4 compared to the previous year’s period, due to strong comparable figures and the shift of some productions to next year.

It said that structural challenges to parts of its digital entertainment segment are continuing and that it is also planning to increase programming costs in the broadcasting German-speaking segment in the fourth quarter.

For full year 2017, the company expects to achieve a “mid-single-digit percentage increase in revenues” and expects adjusted EBITDA and adjusted net income each to “slightly exceed” the previous year’s level.