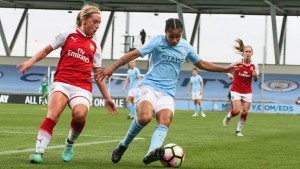 The BBC is to make 1,000 extra hours of sport available on its online platforms via the BBC Sport and BBC iPlayer websites.

The BBC said it was working with sports organisations including the Football Association,  the All England Lawn Tennis Club, the International Tennis Federation, British Swimming and British Basketball, with the aim of broadcasting coverage from more than 30 additional sports or sporting events every year, including World, European and National Championships.

The agreements will mean that BBC audiences will be able to view more matches from the early rounds of the FA Cup, Rugby League Challenge Cup, Women’s Super League Football, the British Basketball League, Wheelchair Tennis  and other sports events.

The BBC said that the extra coverage has been made possible by low-cost streaming technology developed in-house.

The BBC Live streaming platform, rolled out in beta in 2013, following the London Olympics, has been evolved and is now based on a cloud-based isomorphic JavaScript platform, according to a blog posting by Neil Hall, head of product, BBC Sport.

“This allows us to transform and aggregate data into templates that power our audience-facing products and create shareable web components. Essentially, it has made it simpler for us to share live content across the BBC’s full range of products and significantly improved the speed of download of our mobile offering,” said Hall.

“For example, we were able to efficiently integrate BBC Live into our Connected Red Button and BBC Sport app on Connected TVs as a result of this, helping people discover and watch our live content where they want it most – on the biggest screen in house.”

The BBC is also using the cloud-based Video Factory technology used for BBC iPlayer to support the expansion of its sports offering.

In total, the new content will provide coverage of about 30 additional sports and event each year.

The pubcaster has already made about 500 hundred hours of content available “to test audience appetite” and “make any adjustments we might need to tweak under the hood”, said Hall.

The BBC saw 24.1 million live stream requests on its digital services during the Wimbledon tennis championship this year, while 13% and 20% respectively for recent ice hockey and badminton events were on connected TV.