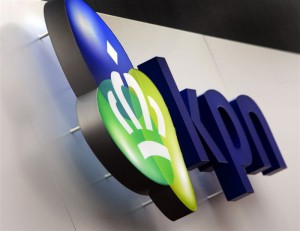 Dutch telco KPN added 23,000 IPTV subscribers in the quarter to September, along with 11,000 broadband subscribers and 12,000 post-paid mobile customers.

KPN said that 62% of its post-paid mobile customers now took fixed-mobile bundles, up from 53% a year ago. ARPU per home increased 4.9% year-on-year to €43.

Fixed-mobile households increased by 19% to 1.189 million, while fixed-only households declined by 9.1% to 2.41 million.

Despite a small increase in consumer revenue for the year-to-date, KPN’s overall nine-months and third-quarter revenues were down. Revenues for the first nine months were down 3.9% to €4.884 billion. EBITDA was down 3.2% to €1.746 billion.

“In the third quarter of 2017, our new propositions have led to a strong operational performance in Consumer. Customers appreciate the freedom of choice and we’re encouraged about our ability to upsell additional content packages. In Business, we see ample appetite for bundled services, especially in SME where the uptake of our flagship product KPN ÉÉN is accelerating. We have announced the acquisition of QSight IT to further strengthen our leading security services portfolio. However, our financial results in Business continue to be impacted by competition on price in the LE and corporate mobile market,” said outgoing CEO Eelco Blok.