Latvian government to respond as Telia warns it could sell up 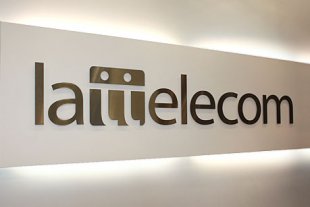 Latvian prime minister Māris Kučinskis has said he will respond by November to Nordic telco Telia’s threat to sell its stakes in mobile operator LMT and fixed-line telco Lattelecom if the Latvian government blocks the planned merger of the pair.

Telia has promoted the combination of the fixed and mobile companies in order to drive convergence in the country’s telecom market. Telia holds separate 49% stakes in both operators. This week it warned the government that it could sell down its stakes if the merger is blocked.

Lattelecom currently holds a 23% stake in LMT. The Latvian government holds a 51% stake in Lattelecom and a 5% stake in LMT, with state-owned national broadcasting services provider LVRTC holding the remaining 23% of LMT.

A report in the summer from KPMG recommended that he two companies be integrated, with the Latvian state and Telia each holding an equal number of shares in the combined entity and the balance being free-floated.

Lattelecom posted revenues of €141 million for the first nine months of the year, with profits up 8% to €25.6 million.

Telia’s TV subscribers meanwhile remained more or less flat over the third quarter, while its overall broadband base declined by 11,000. The company’s mobile base grew by 42,000 including 28,000 machine-to-machine subscriptions.

Telia has divested shares in Turkish operator Turkcell and Russian service provider Megafon and attempted to refocus its activities on the Nordic and Baltic markets after a series of scandals and expensive financial settlements with the US and Dutch authorities that rocked the company.

“The third quarter of 2017 marked yet another quarter where we step by step are approaching a pure Nordic/Baltic footprint. From a financial aspect I am pleased that we can now show that the trends we have been talking about all year are materializing. Both the activities to reduce our cost base and the efforts we have made to improve cash flow are yielding positive results,” said president and CEO Johan Dennelind.