The ERC, responding to competition watchdog the AdC’s consultation on the deal, said it was unable to produce a unanimous opinion on the impact of the deal on media pluralism. The regulator said its board’s three members failed to reach agreement.

Communications regulator ANACOM had earlier responded to the AdC’s request by stating that the acquisition would have a significant anti-competitive impact and should not happen in its current form. 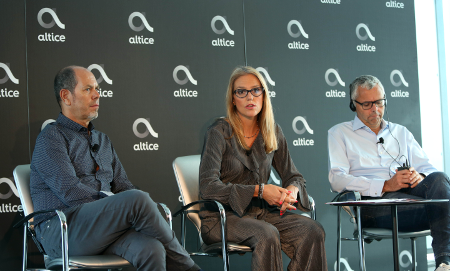 Altice meanwhile has engaged in charm offensive in Portugal. The company this week organised a global meeting of 150 of its executives in Lisbon in which it highlighted Portugal as a success story and reiterated its commitment to invest in fibre infrastructure and launch 5G by 2020. The company said it had invested over €1 billion since acquiring PT Telecom/Meo.

Altice also committed to make fibre for its global networks, including the US and France, in Portugal from next year. It said it planned to create 4,000 jobs in call centres in the country along with 2,000 jobs in fibre expansion and hire 500 young graduates in a range of skilled fields. It also launched an Altice Portugese suppliers programme to take Portuguese know-how to international markets and committed to invest in, and promote internationally, Portuguese content.

Altice said a further announcement would be made shortly concerning a major philanthropic initiative in the field of education and culture.

“Altice today marks a commitment to all Portuguese citizens, which translates into a new era for the group in our country. A commitment to investment, innovation and growth, anchored in a convergence strategy. We believe that we can jointly create more, better and new opportunities for all: employees, customers and partners, and that we have the capacity to define our future and to affirm ourselves as a leading digital player worldwide,” said CEO Cláudia Goya.