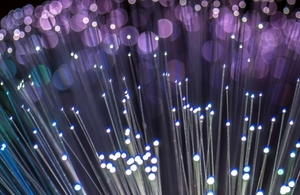 Ofcom has outlined plans to “close the gap” on the speeds that broadband providers claim to provide versus what they actually deliver to the end-user.

The UK regulator is proposing enhancements to its existing Codes of Practise, designed to improve speed information at the point of sale and give customers the right to exit a contract if speeds fall below a guaranteed minimum level.

Under the plans, internet service providers will be required to give a minimum guaranteed speed before selling a broadband package, reflecting the slower speeds that users often experience at peak times.

“We plan to close the gap between what’s advertised and what’s delivered, giving customers a fuller picture before they commit to a contract. We’re also making it easier to walk away from a contract, without penalty, when companies fail to provide the speeds they promise.”

Gillian Guy, chief executive of Citizens Advice, said: “Many people seek our help each year because their slow and intermittent broadband service falls short of what their contract promised.

“For most people, a reliable broadband connection is a necessity – so when they don’t get what they’ve paid for they should always have a quick and easy way out of their contract.”

Ofcom said it expects to publish a final decision on the improved Codes of Practice early next year, alongside a consumer guide to help raise awareness of the additional benefits of the new Codes.