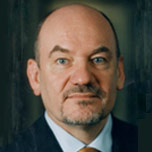 Cable Europe has said that new telecoms competition rules are not justified or proportionate, after the European Parliament adopted amendments to the Electronic Communications Code.

The industry body – which represents broadband cable TV operators – commended the Industry and Research and Energy Committee (ITRE)’s work to date, but warned against introducing “legal uncertainties” that could affect companies investing in gigaspeed networks.

“The ITRE Committee has made a remarkable effort on this complex piece of legislation. However, competition rules applying to joint dominance need to be strictly aligned with European Union case law,” said Cable Europe executive chairman, Matthias Kurth.

“The introduction of additional competition rules which are specific to the telecommunications sector simply isn’t justified and is not proportionate, specifically when you consider the wider competitive landscape and the presence of over-the-top players.”

The comments came after the ITRE Committee adopted a number of amendments in a vote on the long-debated report on a European Electronic Communications Code.

The European Competitive Telecommunications Association (ECTA) – a body that promotes market liberalisation and competition – welcomed the “overall pro-competitive compromise reached between the different political groups”, but said that the future of competition “remains a major concern in the ongoing reform”.

“Only a fully pro-competitive framework will release the full innovation and investment potential of Europe and deliver benefits for end-users,” said ECTA executive director, Luc Hindryckx.