Portuguese media and communications regulator ANACOM has said that Altice’s proposed acquisition of Media Capital would have a significant anti-competitive impact and should not happen in its current form. 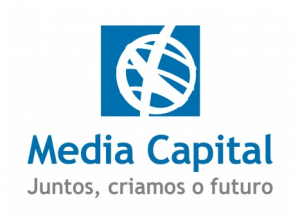 In a submission to the country’s competition watchdog, the AdC, which is looking into the bid by Altice’s Meo to acquire Media Capital, ANACOM said that the move would “translate into complete vertical integration of the value chain”, bringing production, the wholesale supply of TV and radio channels, advertising and TV distribution under the control of a single group.

The regulator said that Altice’s proposed acquisition would bring the country’s leading production outfit, Plural, the main TV channels group, TVI, the leading telecom operator and TV distribution platform, Meo, and the two leading Portuguese internet portals, Sapo and IOL, into a single group. It said the result would exceed market the EC limit of 30% for non-horizontal mergers in all affected electronics communications.

The regulator said that the group could also use confidential information from competitors to benefit its advertising activity, that the merger could result in less transparency in charging for digital-terrestrial TV transmission and could stop alternative service providers to TVI from offering televoting and participation TV services.

Altice struck a deal to acquire leading Portuguese commercial broadcaster from Prisa in July in a move that valued the company at €440 million.

The move attracted controversy even before it was confirmed, with prime minister António Costa criticising Altice’s management of PT Telecom/Meo and Miguel Almeida, the CEO of rival provider NOS, last year threatening “war” if such an acquisition were to go ahead.

Separately, in more positive news for Altice, the group has secured approval from French markets regulator the AMF for its planned buyout of the remaining shares in French unit SFR that it does not already own.

Altice filed the buyout offer, to be followed by a squeeze-out, earlier this month, offering €34.50 a share. Following completion, SFR will be delisted form the Euronext Paris exchange